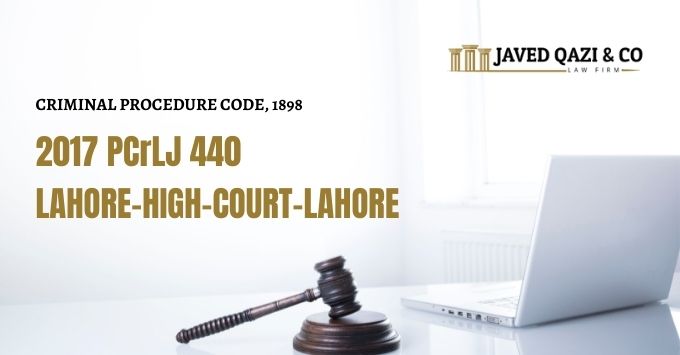 Punjab Criminal Prosecution Service (Constitution, Functions and Powers) Act (III of 2006)—Bail before arrest, refusal of—Accused was alleged to have an electricity connection installed in connivance with the WAPDA officials on the basis of bogus ownership documents—Accused filed an application to the Special Judge (Central) for anticipatory bail on the ground that the complainant had no nexus with the plot in dispute—Special Judge (Central), while allowing the application, observed that the case was triable by an ordinary court and therefore ordered the Investigating Officer to delete the offence under S. 409, P.P.C. and S. 5 of Prevention of Corruption Act, 1947—Question before the High Court was whether the Special Judge (Central) had the jurisdiction to consider the point of its jurisdiction to entertain pre-arrest bail application at the stage when it was going to decide the same—Court could take cognizance of a case at any stage, including the stage when the bail application was under consideration of the court—Material available before the Special Judge (Central), when it had proceeded to decide the bail, was to be seen—Investigating Agency, at that stage, was still busy in sorting out the true facts of the case and had not opined that the offence was not triable by the Special Judge or the offences were not made out—Prosecution having no evidence to make such an opinion, at bail stage, the court could not take cognizance of the case—Court below had found that the offence under S. 5 of Prevention of Corruption Act, 1947 and S. 409, P.P.C. were not made out, which observation had been given in ignorance of the fact that the Investigating Officer had found the Sub-Divisional Officer and Line Superintendent of WAPDA having been involved in granting electricity connection at the premises of the accused; even otherwise, said finding of the court amounted to decision of the whole case, at the stage when no challan was before it—Sufficient material was available with the prosecution to bring its case within the jurisdiction of Special Judge (Central)—Special Court had no jurisdiction to order for deletion or addition of offence and sending the aggrieved person to the ordinary court, unless and until final report under S. 173, Cr.P.C had been submitted in the court—Court had been vested with the powers to order deletion or addition of the offence, at the stage when it framed charge against the persons concerned and not before that—Prosecution agency, under Punjab Criminal Prosecution Service (Constitution, Functions and Powers) Act, 2006, enjoyed the powers to delete or add the offence, according to the facts and evidence collected by the agency, before submitting the report under S. 173, Cr.P.C to the court—Impugned order of the court below was, therefore, not sustainable in the eye of law—High Court, declaring the impugned order as having no legal consequence, held that court might exercise such jurisdiction when final report was submitted before it and when it proceeded to frame the charge against the culprit—Constitutional petition was allowed in circumstances.