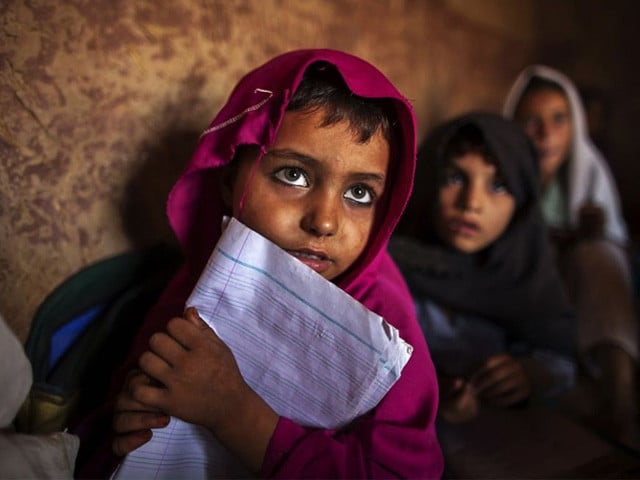 Violence against children on the rise in Sindh

Provincial and district governments have been urged to include peasants and rural workers’ children in programmes and policies to safeguard their future and guarantee their right to life, health, and education in Sindh.

Children of different school clubs in Benazirabad gathered in a funfair jointly organised by the Hari Welfare Association (HWA) and the Social Welfare Department (SWD) to mark Universal Children’s Day. This year’s theme is ‘Equality and Inclusion.’

Child club leader Maryam said that in 2021, 885 cases of violence against children were reported in Sindh, including 455 sexual abuse, 139 abductions, 245 missing, and 47 child marriages.

The most vulnerable districts in the context of child sexual abuse were Khairpur, Dadu, Sanghar, Nusheroferoz, and Karachi. These cases reveal protection of children is not ensured by the state and the relevant authorities in any manner.

Another child club leader Anas shared that in 2016-17, Pakistan Education Statistics reported 6.4 million children, including 3.3 million girls, were out of school in the province.

Anas added that these children were unable to attend school because of poverty, lack of awareness, educational facility and government’s interest to invest in education, and higher rates of corporal punishment.

Another child club leader Alishba stated that high illiteracy rate results from a feudal structure that forces the poor to stay in the cycle of poverty and marginalisation.

HWA President Akram Ali Khaskheli said that the Sindh Education and Literacy Department’s budget has increased from Rs197.368 billion in 2020-21 to Rs222.102 billion in 2021-22. The authorities have always claimed an increase in funding, yet 6.4 million children are out of school and the number of schools has decreased.

The Sindh government has been receiving loans from foreign donors like JICA, World Bank, European Union, and USAID.

Following the 18th Amendment, the Sindh government began to receive greater finances from the federal government. However, instead of expanding, the number of schools has fallen.

HWA observed that thousands of schools have turned into cattle pens due to the sheer criminal negligence of concerned authorities.

The HWA estimates that there are more than 1.7 million bonded labourers in Sindh. Of them, over 700,000 are children who are forced to work and live in agriculture under deplorable conditions by their landowners. 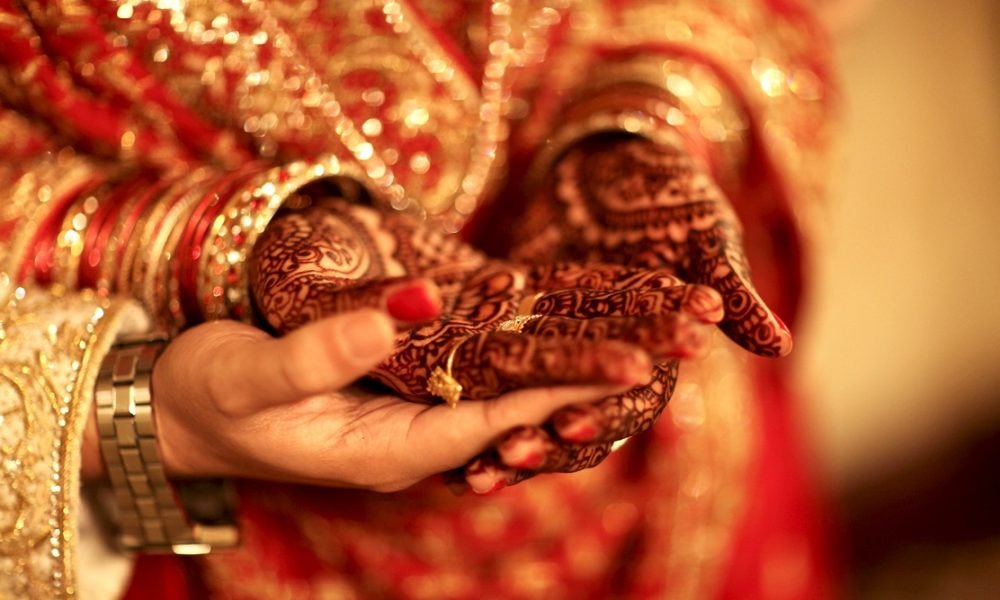 The Islamabad High Court (IHC) called on Wednesday for legislation to set the minimum age for marriage in light of a decision of the Federal Shariah Court (FSC) on the topic.

According to the Child Marriage Act, the 11-page judgment said, the age of marriage of a girl was 16 years, while according to Hanafi jurisprudence it was 17 years. The court further said that it would be appropriate for the state to intervene and legislate on the matter.

The judgment further stated that the state was not barred by Islam from enacting legislation to set the age limit for marriage. It added that it would be appropriate for the federal government to legislate in light of the decision of the FSC.

The Protection against Harassment of Women at the Workplace (amendment) bill, 2021

The Senate Standing Committee on Human Rights on Monday finalized its deliberation and passed the bill titled; “The Protection against Harassment of Women at the Workplace (amendment) bill, 2021” introduced by Dr Shireen Mazari, Minister for Human Rights. The Honourable Chairman Committee, Senators, Women activists and Law experts gave their insight on the proposed bill and certain amendments were also considered and welcomed by the Chair.

The Committee also observed one-minute silence and passed a resolution unanimously moved by the Chairman Committee to honour the deceased Sri Lankan citizen who became a victim of mob lynching last week in Sialkot.

The Senate Standing Committee on Human Rights met under the Chairmanship of Senator Walid Iqbal here at Parliament House on Monday. The Committee reviewed “ The Protection against Harassment of Women at the workplace (amendment) bill, 2021” clause-by-clause.

While giving her intuition on the proposed amendment bill, Dr Shireen Mazari said that in the previous act the definitions of Employee, Workplace, and Harassment were narrow. In the proposed amendments we tried to expand the definitions, she added. Senator Sherry Rehman identified loopholes in the amendments and asked for addressing the lacunas. She conceded that the previous law was not finding the resolution to some matters due to narrow definitions. She wanted the law to be more inclusive with broad definitions. Sherry Rehman and law experts were of the view that a section of the bill related to Punishment for filing malafide or false complaints should be omitted while Senator Prof Mehr Taj Roghani opposed the omission of the said section.

The Law experts welcomed the amendments proposed by the ministry but observed that further addition was needed in the definitions. The law experts submitted in written their proposed amendments to the ministry.

After deliberation and reviewing the proposed amendment bill clause-by-clause the Senate Standing committee on Human Rights passed the amendment bill to protect women from harassment at the workplace.

Some of the proposed Amendments are:

iv)A government employee involved in harassment can be punished with dismissal and suspension of promotion.

V)Those involved in professional fields will have their licenses revoked as punishment.

vi)Gender-based discrimination would also be a punishable offence.

vii)Harassment petitions will be decided in 90 days.

According to its Statement of Objects and Reasons, the bill “aims to facilitate increased participation of women in the workforce by removing the lacuna present in the existing law. It broadens the ambit and scope of the law to include certain professions and employment models that the current law does not expressly mention.”

The statement adds, “Through these amendments, protection from harassment shall be provided to people engaged in all types of work – formal and informal. The amendment bill will also provide clarity with respect to different kinds of harassment that take place at the workplace. The purpose of this amendment is to fulfil Pakistan’s constitutional obligations to its citizens and guarantee them their dignity and prevention of discrimination on the basis of sex in their professions and achieve the goal of increased women participation of women in the workplace. The bill seeks to achieve the aforesaid objectives.”

“(a) expresses its profound grief and sorrow over the sad demise of Sri Lankan citizen Priyantha Kumara Diyawadana in Sialkot on 3rd December 2021 and extends its sincere condolences and regrets to the family of the deceased, as well as to the Government and people of Sri Lanka; (b) condemns the vigilantism and the brutality involved on part of the violent mob that perpetrated this gruesome crime; and (c) calls upon all institutions of the State to ensure that these perpetrators are punished with the full might of the law, and also to conduct some soul searching followed by taking of concrete steps towards preventing the society’s descent into intolerant radicalization”. 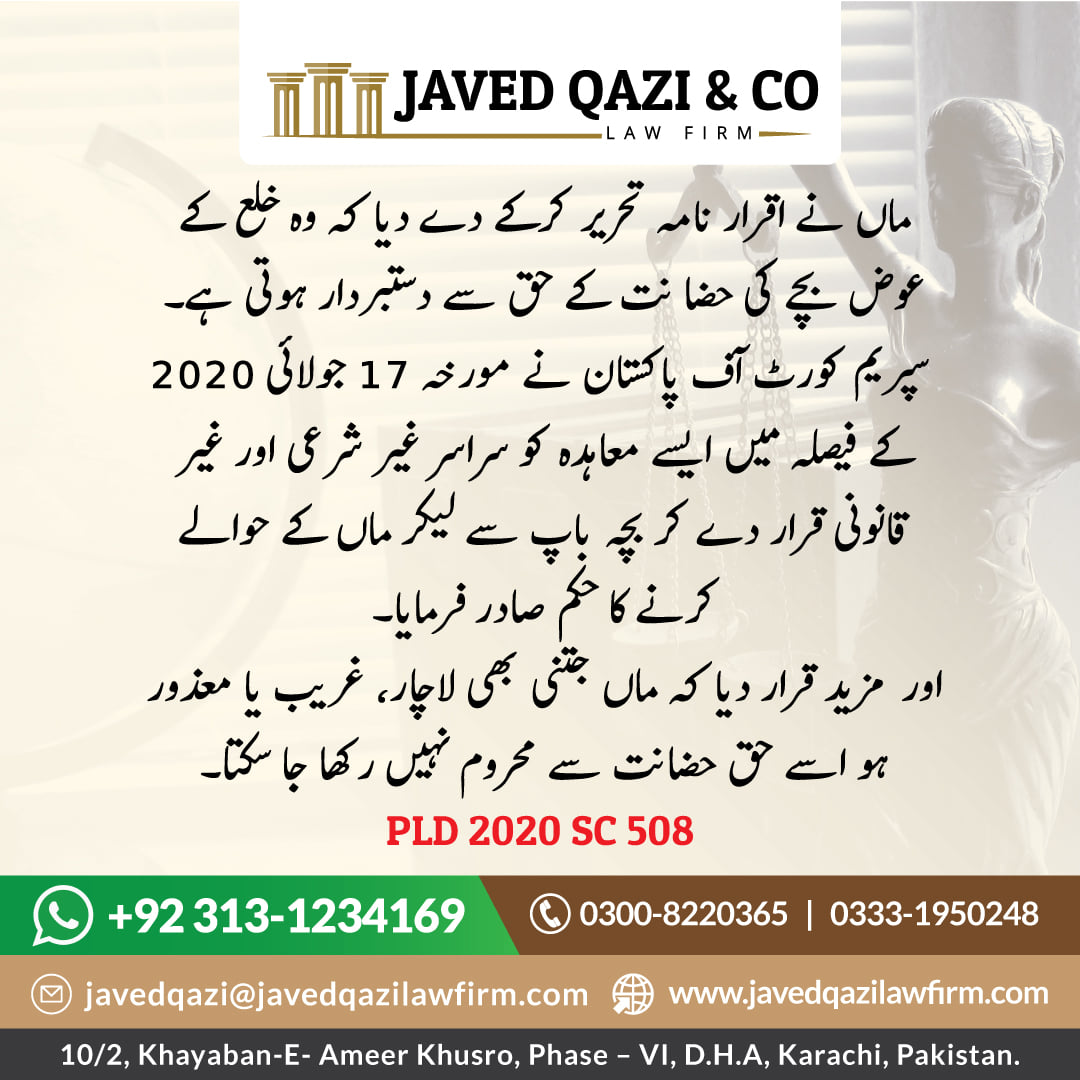 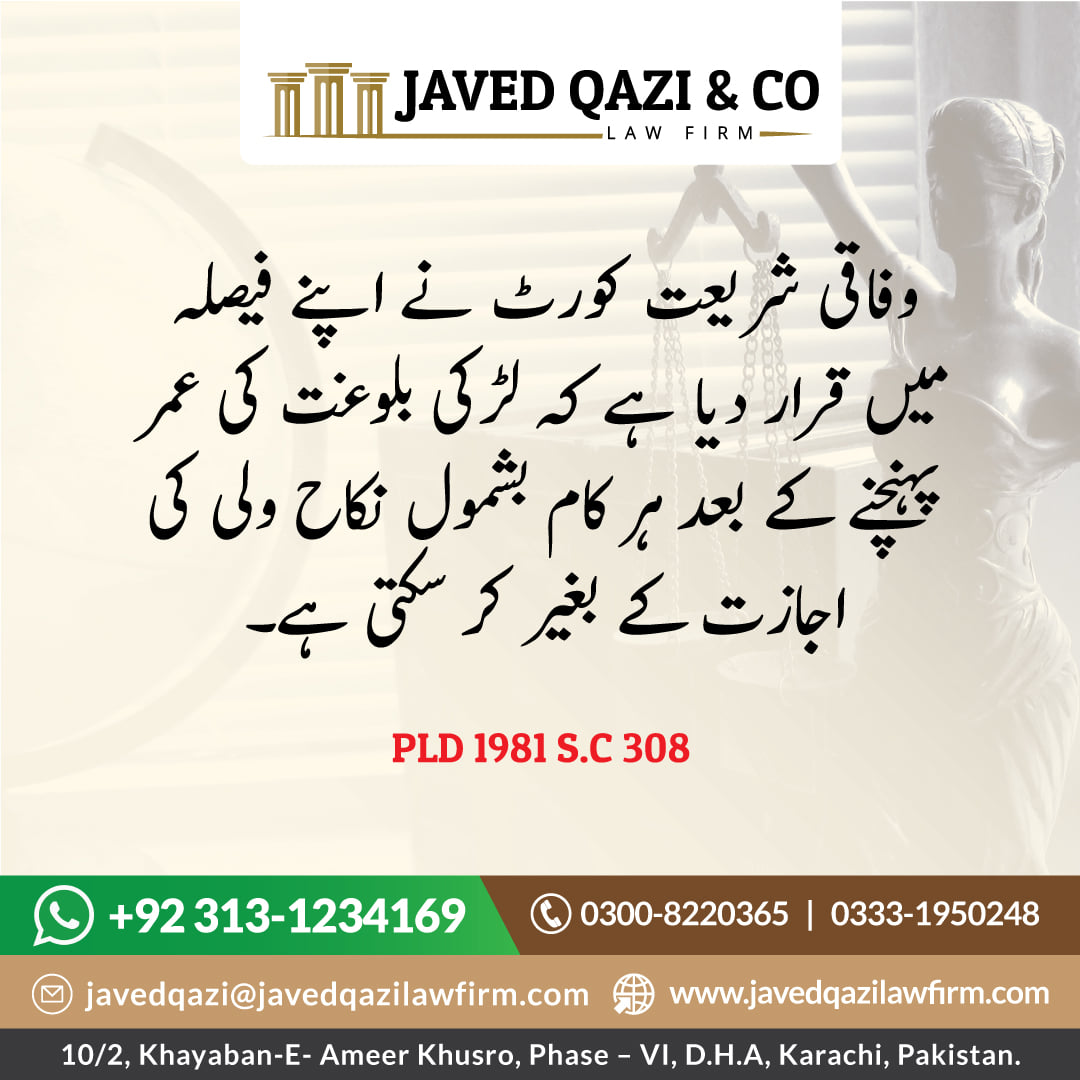 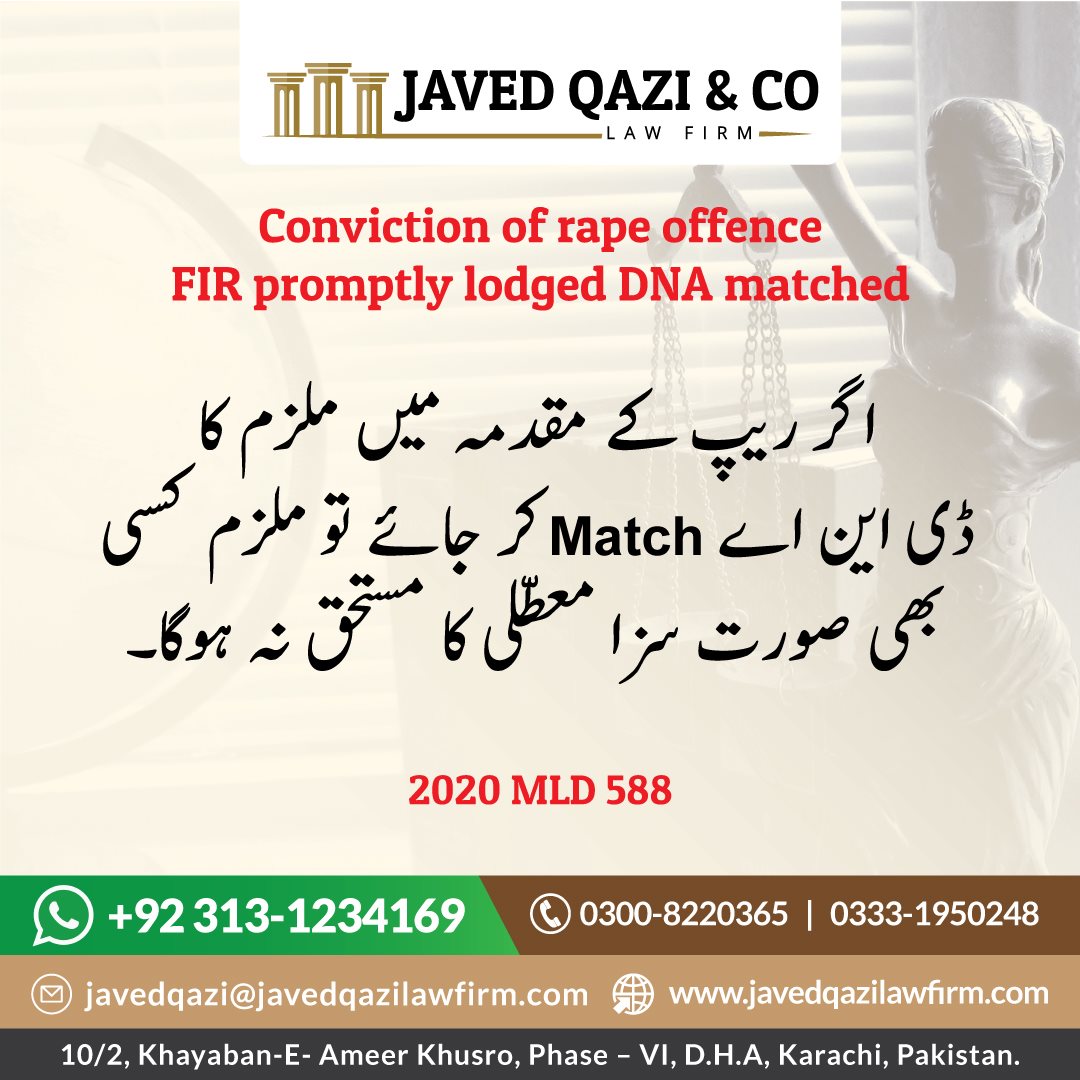 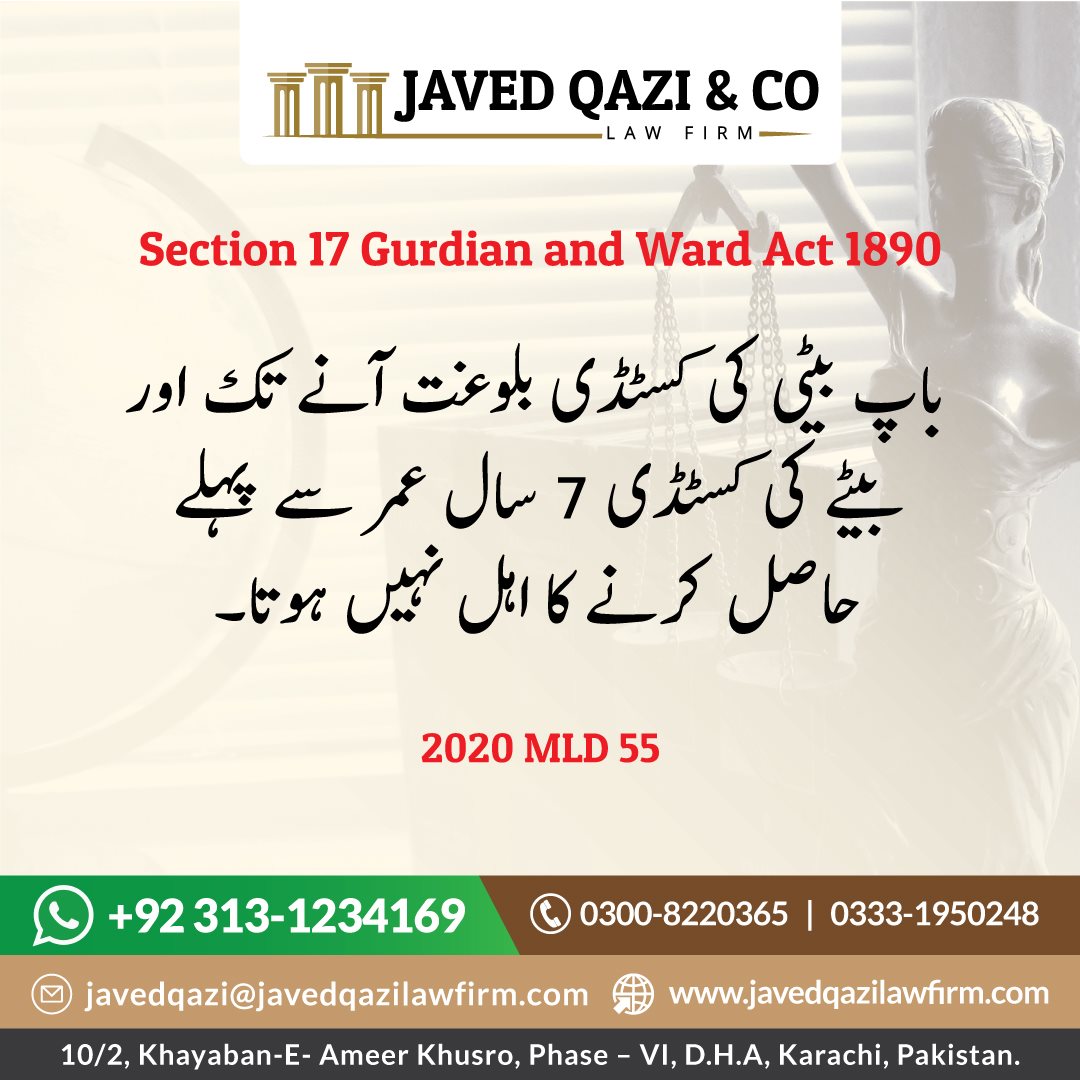 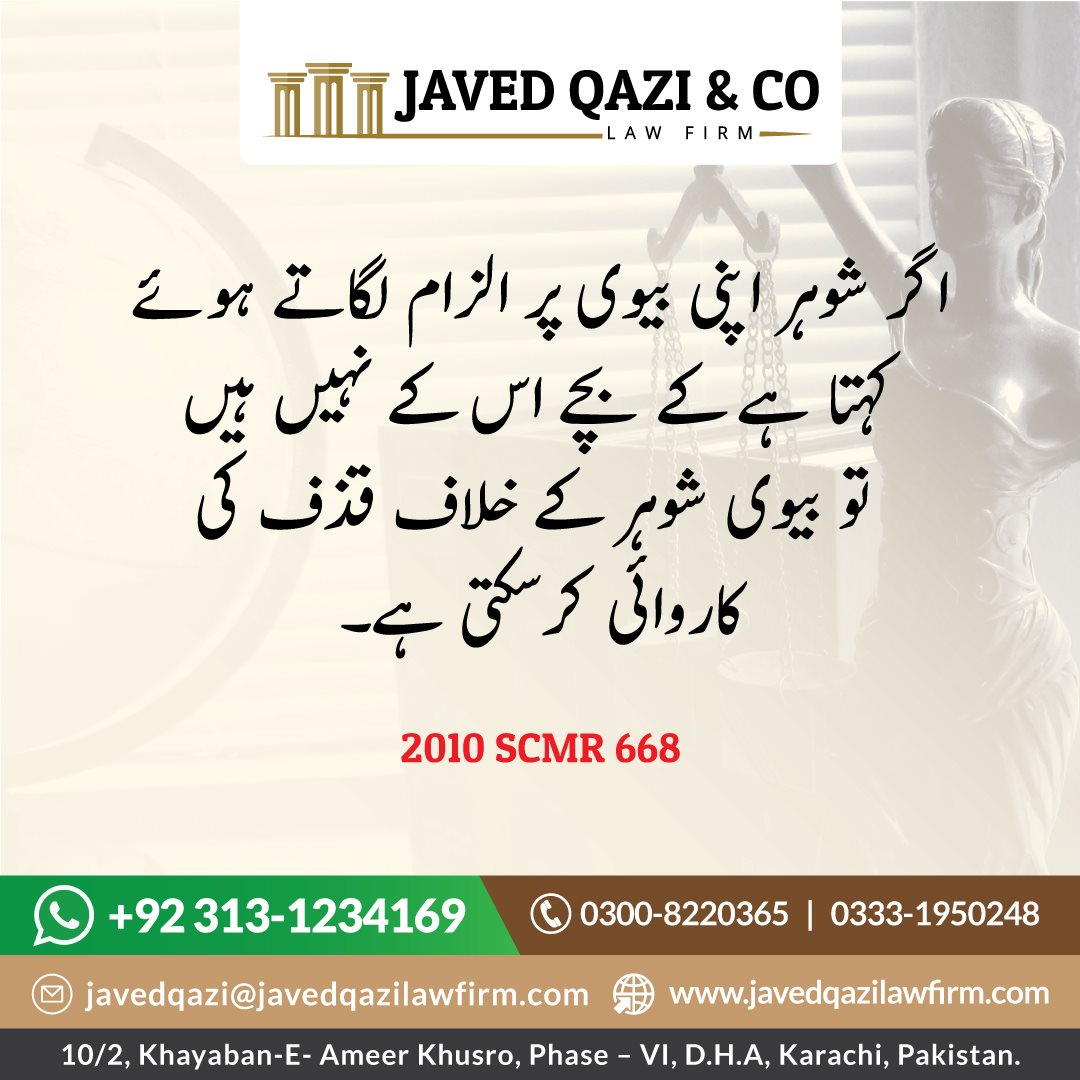 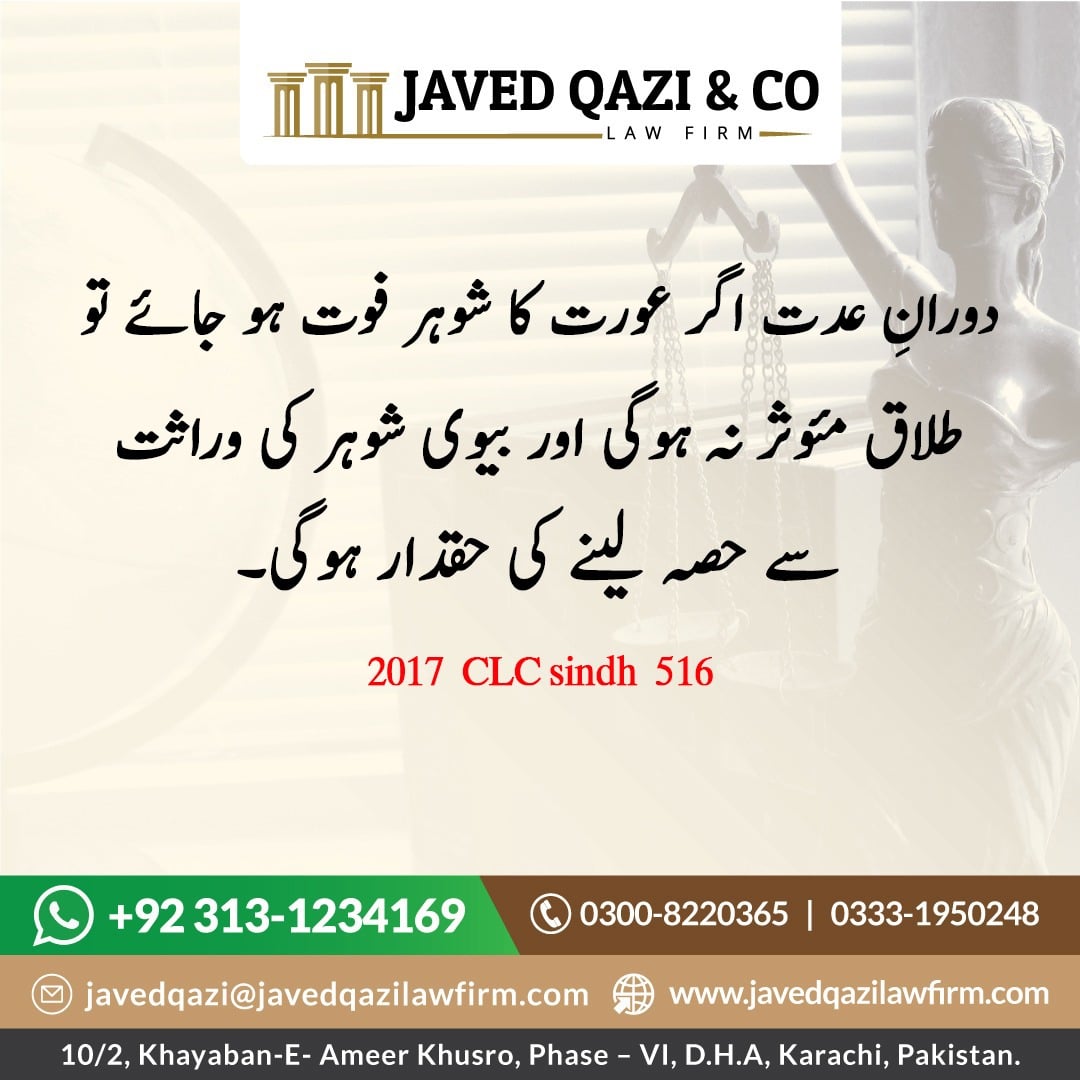 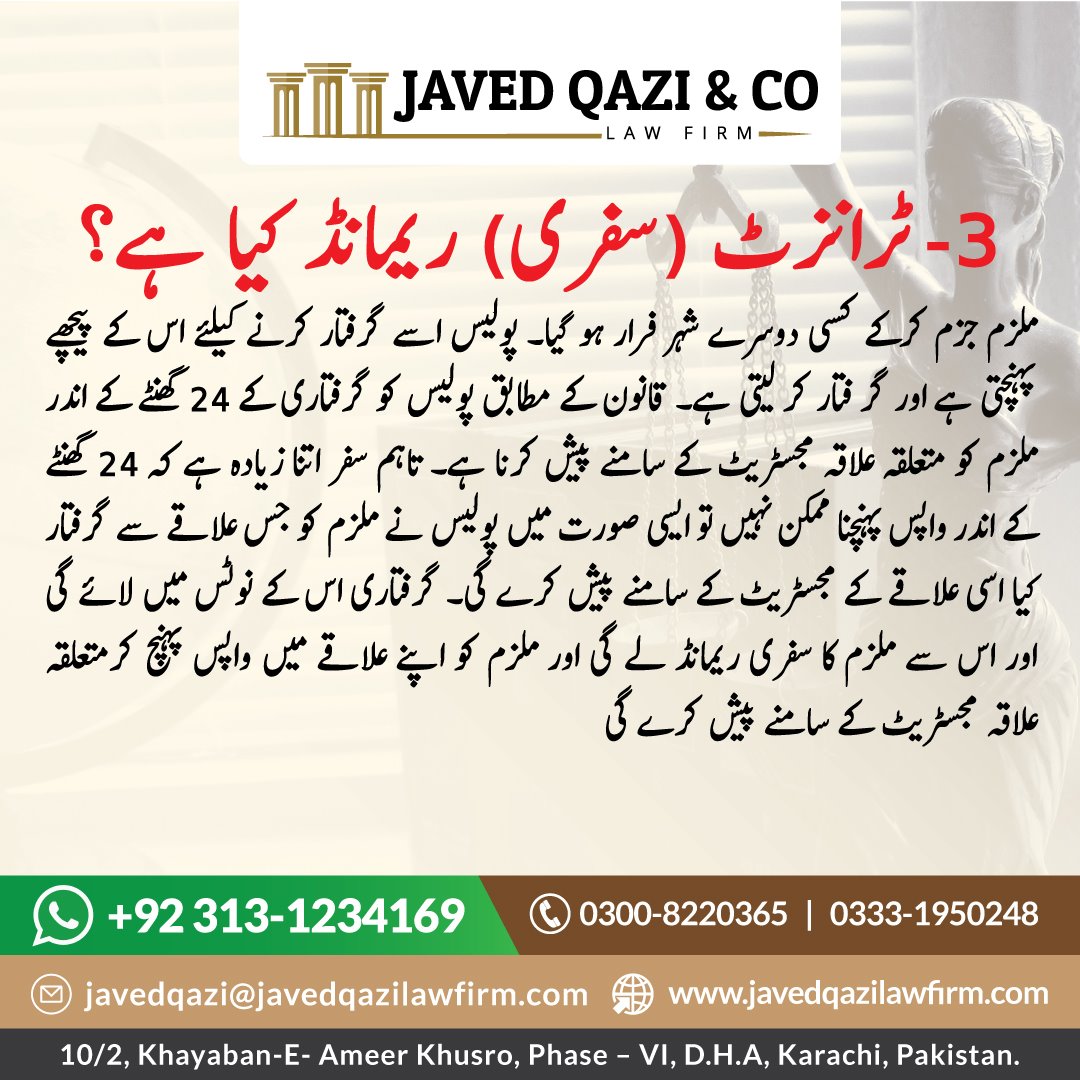 Caselaws in Urdu What Is Transit Remand


Are You Having Any Problems But Can’t Consult To Anyone?