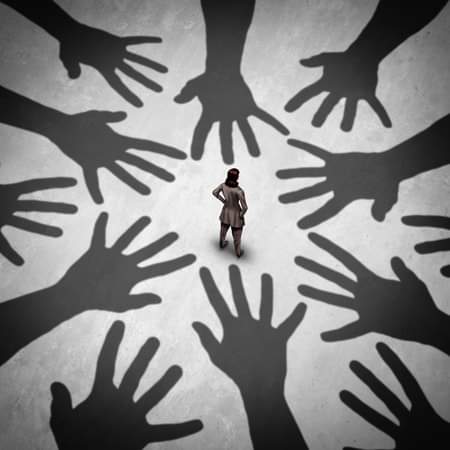 LET US STAND UP AGAINST THE RISING CRIMES AGAINST WOMEN

Murder of Noor Muqaddam and every day we hear sexual harassment incidences, which have increased geometrically in recent days, has raised serious questions upon our narrative, which we have, more specifically, built from the times of Gen. Zia till date.

This narrative was intentionally developed to shrink the space for democratic forces, values, norms in the society. The society that must have made its deep roots into its inherent and long old embedded values being plural and inclusive, if it had not met to repeated shocks of derailing the democratic order, if 11th August Speech of founder of the Nation has had been made preamble of our Constitution.

Ironically, soon after his death, the speech was wiped out from our history as if it hasn’t been made. Distortion that was made through Objective Resolution, which act the historians believe was made to defer the mandatorily required framing and promulgation of the Constitution.

The right-wing populism universally has usurped power through such methods. The strong institutional base comes to play its role in developing a counter narrative against such perversions. Ironically in Pakistan this base has not yet made its place, it is not still settled that will there be civil rule or military rule for that matter hybrid system? More the artificial means to control power are taken, more the space of independent media, rule of law, and the narrative that has been evolved through the historical discourse under the Sufi movement is squeezed.

When the prime minister has refuged inthis narrative, a man who is enlightened by his all academic back ground, yet he knows well the sustenance of his power is lying on this anti women narrative. It has now gained a huge thick layer, its reversion is challenging at the time when at our North, resurgence of Taliban has gained momentum. Which has given strength to those school of thoughts that are ultra conservative and hold the identical stand on infringing the rights of women as enshrined in our Constitution.

Noor Muqadam’s murder is not the primary point here, but the way she was murdered by beheading her made every one of sane mind was shocked, she was murdered like as ISIS states were doing for that matter when there was rule of Mullah Omar on Afghanistan. Her murder was not an execution through a decree by any court or state. It was a murder being made by a private person. The question directly goes in its origin, the way the murderer Zahir Jaffar was brought up, on the face and through his activities it was appearing that he used to go to dance parties either. Yet his narrative was same against women, an average Pakistan man holds.

Today the hegemonic forces in society are severally reacting upon a slogan which was raised by the women activists on this year’s, international women day: “my body, my will”.

By an average mindset across the board and predominantly in men, this slogan was interpreted as if these activists were demanding free sex rights. Noor Muqadam case has raised serious question on this interpretation, and has vindicated that they were wanting free will and choice. The women activists basically are wanting that it is their right to live in accordance to their choices and rights equal to that of man. Noor Muqadam had been brutally murdered by her boyfriend because she had invoked her right to go a separate way.

Our Sufi movement and its character of Marvi is an icon of the value of free will and choice a right of woman. Needless to mention here the tale of Marvi is that Marvi was kidnapped by the King “Omar”. While on his way she saw this beautiful gypsy girl Marvi, he ordered his soldiers to abduct her. The King wanted to marry her but with her will, she was asked under her being captive of him in his castle. She repeatedly dismissed the petition of the King. After unsuccessful attempts of the King to get her consent, he freed Marvi and got her back to Malir where her parents and clan was living.

If a woman is raped. We believe that there must be contribution of women in its rape. We hold that such woman may be of bad character. Killing of woman is largely understood that is is an easy work, one could escape from the laws of land. Onus is on woman to prove if she is raped. The immoral act if a woman does, she is punished directly and indirectly far more than man. If man falls in love it is ok. But if woman does same act, it is an act of disrespect for the family. And those families which are gender sensitized, from the canons of average Pakistani mindset they are liberals and such liberalism to them is abuse.

The whole historic background and definition of libralism has been corrupted much the same way as the word ‘secular’ has been defined as it means atheism. This is being made not by any ordinary person, but the father of Urdu language Moulvi Abudul Haq, in his organized dictionary of Urdu, word secular means atheism.

We had Jinnah whose wife passed away long way before we won independence, he kept his Sister Fatima to stand with him in his every public appearance. We had Bhutto, his wife Nusrat wearing our classical South Asian dress ( Sarri), was always with him in his every visit as PM. And now our PM goes on visits without his wife. His wife accompanies him to Umrah only. Which is great U-turn of Khan once he was husband of Jamaima.

Such images show woman as feeble object, her every contract as social being, be that in the family or in society stands weak.

It has been good to see that when PM had given his famous line in an interview to a foreign channel that “men are not robots’, Maryam Nawaz gave him a rebuttal. But there was no rebuttal from her when he said Osama bin Laden is Shaheed. It was Bilawal Bhutto he replied unequivocally to the PM in that case.

This narrative has been so corrupted merely because to usurp power and thus make alliance with the highly conservative mindset. It will even go deep down into the society, where its growth is severally hampered. Our GDP, per capita income and other economic indicators, even the women development indicator has seriously suffered. It is a great luxury to carry on this way and maintain the status qua of artificially running the state affairs through military dictatorships for that matter through hybrid system.